Sukkot: Celebrating under the Stars

Anyone who has visited Israel during Sukkot will have been struck by the decorative tent-like structures that appear in gardens, public spaces, balconies and just about everywhere else! These ‘sukkot’ or booths are full of biblical significance, and for a week they become centers of feasting and fellowship as Israelis celebrate Sukkot, the Feast of Tabernacles.

Sukkot is the third and final ‘Fall feast,’ taking place five days after Yom Kippur on the 15th of Tishrei in the Jewish calendar (sometime late September / October in the Gregorian calendar). The holiday lasts for seven days and seven nights.

During Temple times, Sukkot was one of the three pilgrimage feasts in which the children of Israel would travel up to the Temple in Jerusalem to present themselves before the Lord and make sacrifices. 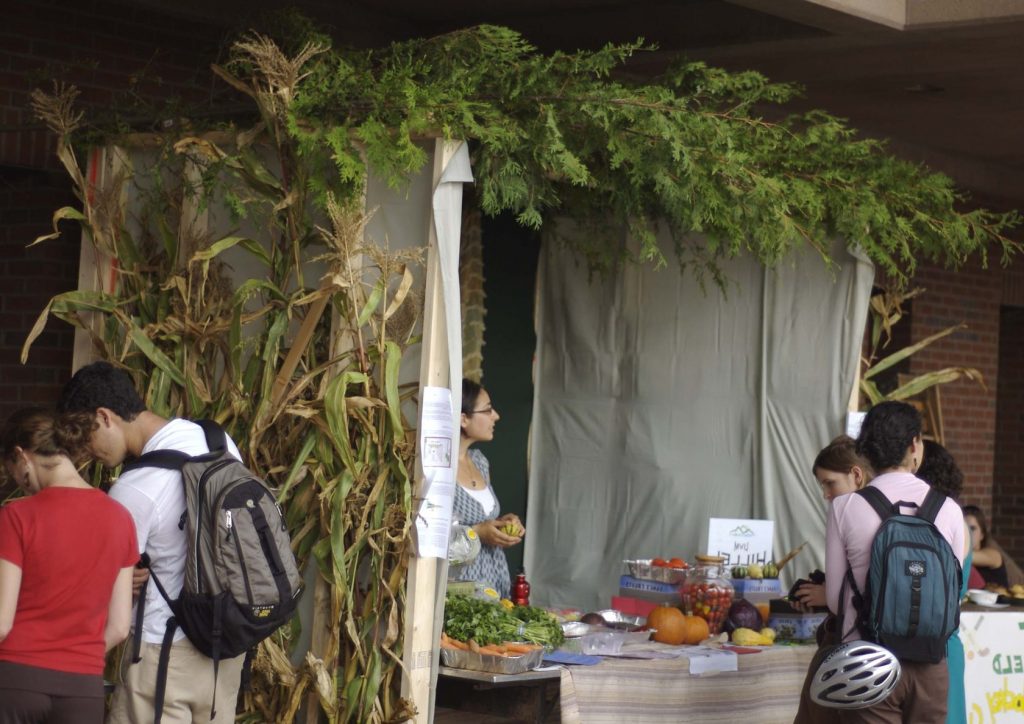 During Temple times, Sukkot was one of the three pilgrimage feasts in which the children of Israel would travel up to the Temple in Jerusalem to present themselves before the Lord and make sacrifices.In Leviticus 23, the Lord commanded the children of Israel to build booths and dwell in them throughout the week of Sukkot. This was to remember how the Lord sustained and provided for them when they lived in tents after He led them out of Egypt.

According to the Talmud, it is important to be able to see the night stars directly through the top of the sukkah. This is why sukkot booths today never have a closed roof, but rather branches of bamboo, pine or natural foliage with gaps in between. The Feast of Tabernacles is all about hospitality and fellowship. It is traditional to eat in the Sukkah and invite others to share in the joyous celebration.

All in all, Sukkot is a fun and joyous holiday, with a focus on spending quality time with friends and family and celebrating the goodness of the Lord.