Why Jews Wear Masks on Purim?

On the one hand, Purim, that commemorates a narrow escape of Persian Jews from the death sentence 2,500 years ago, fits perfectly into the regular scheme of a Jewish holiday: ‘They tried to kill us, we survived, let’s eat.’

On the other hand, there is some sharp contrast between Purim and other Jewish holidays, like Pessach or Chanukkah. The latter are about Jews escaping death, too, but there were miracles happening there: The division of the Red Sea, or the light of the Menorah that lasted eight days instead of one.

In the story of Purim we do not see God acting (he is not mentioned once in the whole Book of Esther that is read on Purim). The events that led to the lifesaving victory of the Jews seem perfectly natural. Esther’s uncle Mordechai just happens to be in the right place to learn about the plot of Haman, the king’s minister, to kill all the Jews, by persuading the king that they are dangerous for the state (typical anti-Semitic argument!); Haman just happens to erect the gallows on which he was eventually hanged… 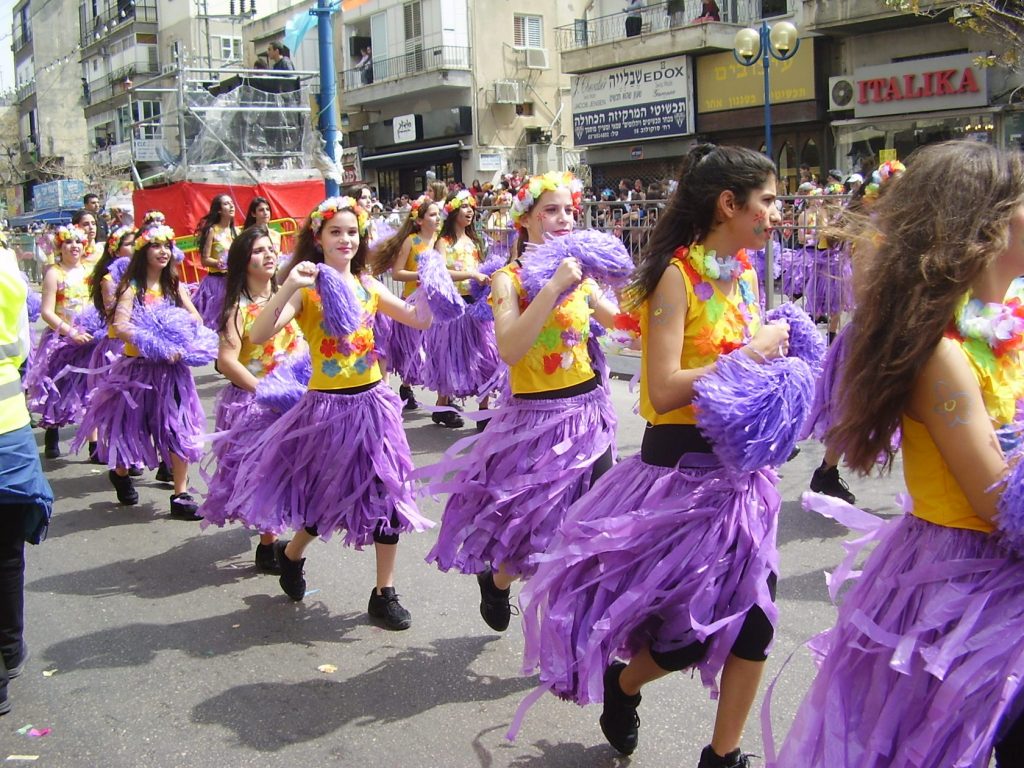 In Hebrew, the name Esther means ‘hidden’. Unlike Pessach or Channukkah, Purim is a story of hidden miracles. That is why one of Purim traditions is a masquerade. This week Israeli streets will get full of Batmen, Cinderellas, animation characters, people dressed like movie or pop stars, or as the characters of the Purim story itself. Men will wear women dresses and visa versa. The Hebrew verb used to describe putting on the clothes of some character has the meaning of ‘looking for’. Dressing up for the masquerade and wearing masks on Purim is an allusion to God hiding himself in the Purim story.Purim is also a story of everything turning out to be the opposite of what it seemed to be: A victim into a winner, a second most important man in the state into a criminal… This spirit is preserved in Purim traditions. In Israel, children (and teachers!) go to school in their pajamas on the days before Purim; a day of fast before the holiday is followed by loud parties; people send presents to each other; and the overall Purim atmosphere is pure joy.

Another thing the Jews are commanded to do on Purim is to read the Book of Esther. Why at all this totally secular piece of text called Book of Esther, where God is not mentioned once, is included into the Tanakh, the collection of texts considered sacred in Judaism? Because Jewish sages knew who was acting from behind the curtains in the story of Purim.

How these events from 2,500 years ago can be relevant to us today? Maybe, in the way that they illustrate that even in the place and time in history seemingly devoid of the Divine presence, we can hope He is there – hiding but present. Even if this place is your own life. Go look.