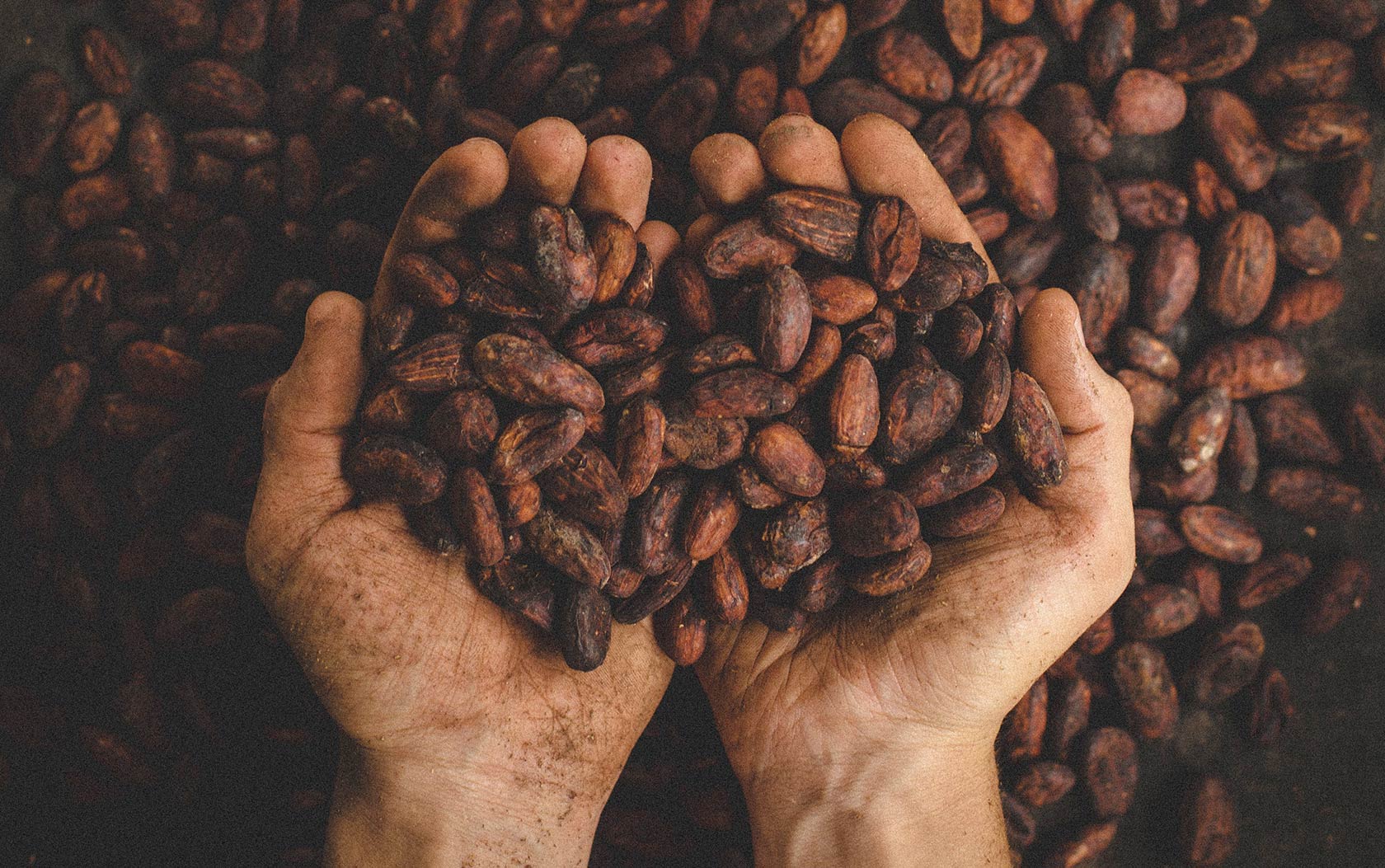 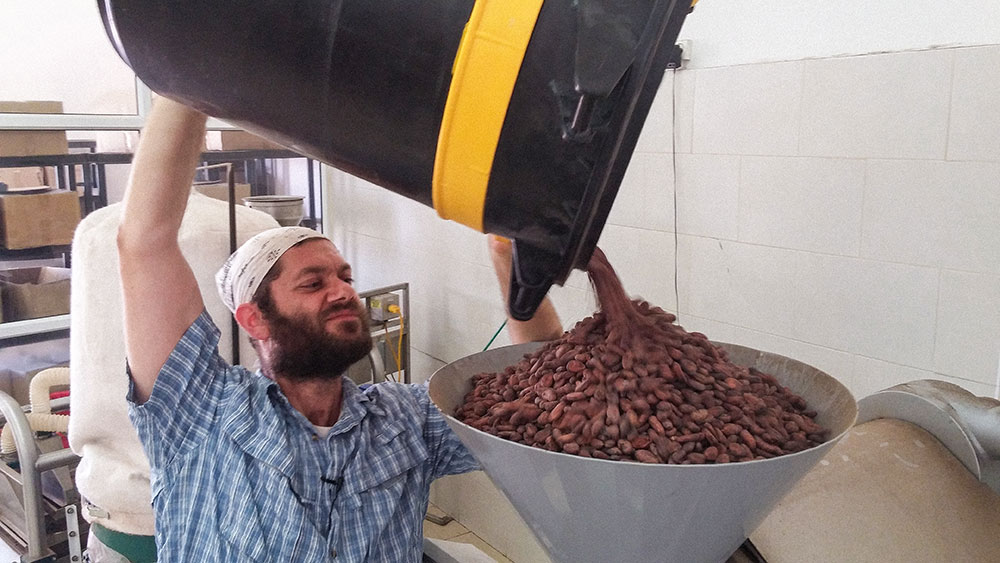 Jo Zander opened the Holy Cacao factory in 2009 in the Har (hills of) Hebron region, minutes away from Hebron. Jo is a former New Jerseyan (US) and fourth-generation baker.

A Little Bit of Good: The Story of Jo Zander

Founder of the “Holy Cacao” chocolate factory near Hebron Jo Zander is one of just a few dozen producers of bean-to-bar chocolate in the world. He sees his work as realization of a major commandment in Judaism: Improving the world.

What is your connection to chocolate, how did you come to founding a chocolate factory?

My connection to chocolate is both old and new. My grandfather was a baker, and I worked for him as a kid. I did not like chocolate at that time, I didn’t even like sweets at all, but there I learned to do things from scratch.

Then I went to college and studied engineering, which was not really exciting for me. I worked in the field a little, and after three years I was done, I could not do it any longer. So I left engineering and went to culinary school, and there I rediscovered chocolate. It was at a time when there were just five companies in America doing chocolate from the bean, and one of them was in Denver, Colorado, where I lived. I called them up and asked if I could come and see, and I was overtaken by the smell, by the beans… They made a very bitter chocolate, and there were flavors in it that I never really encountered in chocolate. It was something exciting I did not know even existed.

So you decided you would establish the sixth chocolate company?
Basically, yes. From this initial excitement grew this process of exploration of just everything possible – tree, growing, harvesting, processing.
There wasn’t a place you could go to learn.

The industry did not exist. There was an online conversation of enthusiasts, me included, about how you can make machines to make chocolate. It takes a lot of energy to transform the bean to chocolate. You have to reduce the size of the bean up to 100 times, and there is no one single machine that can do this, you need several. We (me and my partner) began to build my own machines. Our first roaster was a 10-year old dryer.
There was a lot of discovery and experimentation, and that’s how the company got off the ground, and thank G-d in several years we were able to buy machinery that was the next level up in terms of production capacity.We grow beans in South America, so we control the entire process, we know exactly what gets into the chocolate we produce. We also import beans from other places like Papa New Guinea, Madagascar, and Venezuela.

Why did you chose to settle in the Hebron area?

One of my friends once invited me to visit this place, when I was studying in a yeshiva in Gush Etzion. While I was driving, I was thinking – this is too far away, there are too many Arabs, it does not feel like I could ever live here… But once I got on top of the hill, the entire view opened up, I could see the Dead sea. It does not happen here every day, but that day it was crystal clear. And I thought I want to have that view for the rest of my life. At that time I could not know yet that I will get so much love and support from the community here, which is such a warm feeling. And the fact that we were 5 minutes away from Hebron, from Avraham Avinu (Abraham our Father), is so powerful.

Is it difficult to have company here?

Very difficult. Every time we have a shipment, it’s very difficult to convince someone to deliver to this area. But I love to bring people here.

Why at all did you chose to settle outside the ‘green line’, in Judea?
Honestly speaking, I don’t see the difference between this part of the line or that part of the line. I don’t differentiate in terms of safety, and I consider this land part of the land of Israel. This is the land of Avraham, the land of David. There is so much Jewish blood in this land, for thousands of years! I personally have a connection to Maarat HaMahpela (the Cave of the Patriarchs in Hebron), something inside my soul connects a lot to this place, more than to the Western wall. This is the land that requires physical labor, like producing olive oil from olives, which has been being done here for thousands of years. This is our job. My job is to do the world a little sweeter each day. This is what G-d gave to us. You can look at this place and see it dark, and bitter, and not so great, but we are always looking for a little bit of good, because a little bit of good is actually all we need. 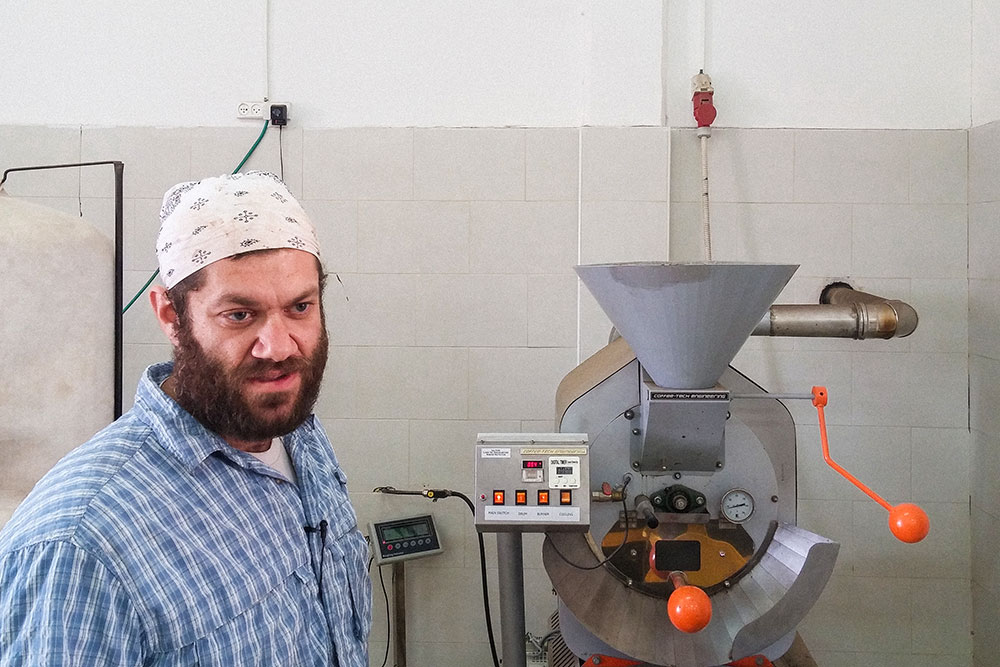 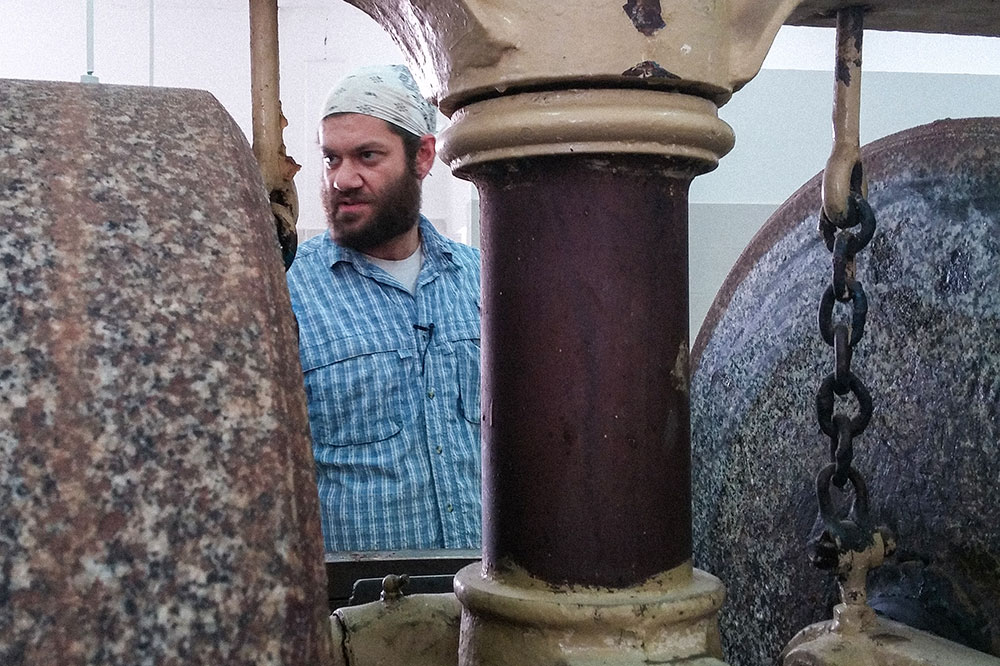