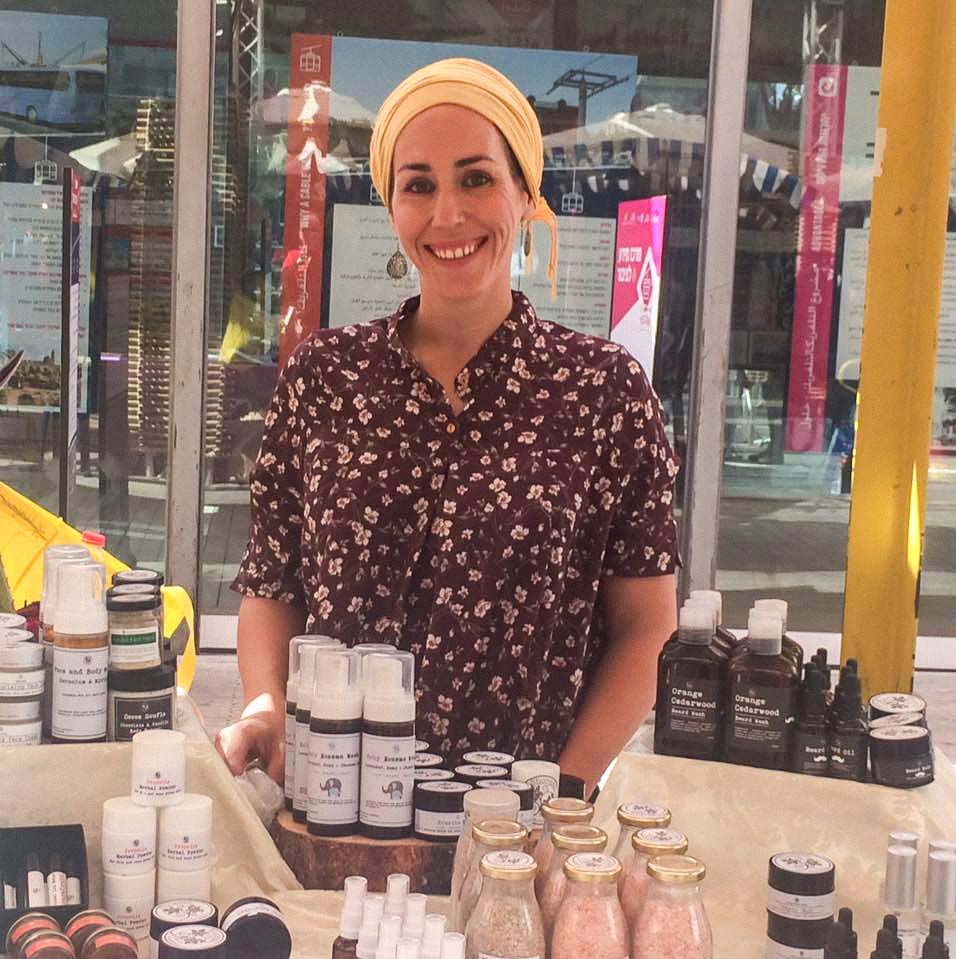 In just ten years, Nicole Yehezkel has changed her life in all ways possible. She moved from Florida to Israel, from school to the IDF, became religious, moved to a community in Judea and Samaria, and started her own business. She sells natural cosmetics and medicinal products from Israeli-grown materials – herbs, oils and flowers.

Finding Roots and Magic: The Story of Nicole Yehezkel

In just ten years, Nicole Yehezkel has changed her life in all ways possible. She moved from Florida to Israel, from school to the IDF, became religious, moved to a community in Judea and Samaria, and started her own business. She sells natural cosmetics and medicinal products from Israeli-grown materials – herbs, oils and flowers.

As we exit the car in the community of Halamish, or Neveh Tzuf, located in the hills of southwestern Samaria, just 26 km from Jerusalem, a stunning view with green hills all around opens up. I ask Nicole Yehezkel what she likes about living in Neveh Tzuf. She replies, “Same thing that you saw when you first arrived. The view. The air. You can breathe here. Wow, it’s just beautiful. Don’t you feel the magic?”

She first saw the place when she served in the army base nearby. “It would be nice to live here,” she remembers thinking. The road to settling in Neveh Tzuf, however, took several years, which started with her moving to Tzfat, getting married, opening a restaurant, closing it down, getting divorced and then meeting her current husband, who already lived in Neveh Tzuf.

Another stop on the way to Halamish was Nicole’s journey in becoming religious. “My sister was pregnant with twins, and there was a moment during her pregnancy when she was at risk. When I learned about this I took the Book of Psalms, which I had hardly ever read before this, and just started reading. It was an impulse which came from within. I had always been spiritual, and my parents – Israelis who left for the US – brought me up knowing what Shabbat and kashrut are, although they themselves are not religious. So Judaism came as something very natural,” Nicole reveals.

It took another pregnancy – this time, her own – to get her interested in holistic medicine and healthy living. Three years ago, she started studies in Shelem College in Jerusalem in ‘complimentary medicine in the spirit of Judaism’, where she still takes courses in naturopathy, Chinese medicine, acupuncture, aromatherapy, reflexology. Bringing theory to practice, half a year ago she opened her own naturopath practice, serving the community of Halamish, and started producing natural cosmetics and medicinal products under the brand “Shoresh” (‘root’ in English).
“Unlike traditional medicine which treats symptoms, I want to get to the root of the problem a person has with his health,” Nicole explains her choice of the brand name. “Also, I think we all need to get a bit back to the roots, to how things used to be. You did not need to go to the doctor or to the pharmacy for any small issue you had with your health – you knew which herb to use, or you could ask your mother… You did not buy all the food in the supermarket, you used to grow it yourself… I feel there is something very healing being in contact with soil, with nature. I grow some of the herbs I use, like calendula or thyme, myself, and I collect some others inside the settlement. You basically have everything you need around you, you just need to stop and look around! But that is exactly what a modern man is not able to do.”

As we talk, Nicole adds a sizable piece of beeswax into a large saucepan with olive oil, which had been previously heated for several hours together with calendula petals. She stirs it until it is melted, then adds several drops of lavender oil. Calendula salve – a perfect treatment for skin problems, including rashes, scrapes, and dry skin – is ready. All the components Nicole used were Israeli home-grown products.

She has been packing about 20 different-sized orders per week so far, all for Israeli customers. Everything, including labeling and packaging, is done inside Nicole’s house, with the help of her husband. The one who used to add five spoons of sugar to a cup of tea has gradually become a warm proponent of healthy living, Nicole laughs.

On the wall there is a picture of her husband with a herd of goats. He used to have a dozen goats which he herded himself, until they were stolen several years ago. During the November fires in Israel, their house escaped fire narrowly, with the family needing to be evacuated in the middle of Shabbat. For several days Halamish residents were constantly on alert, trying to catch the fires around the settlement early and to prevent damage to the houses. “Life here is not easy,” Nicole admits, “but I would not trade it for living in the city.” She believes she has found the right thing to do in her life, and the right place to do it. 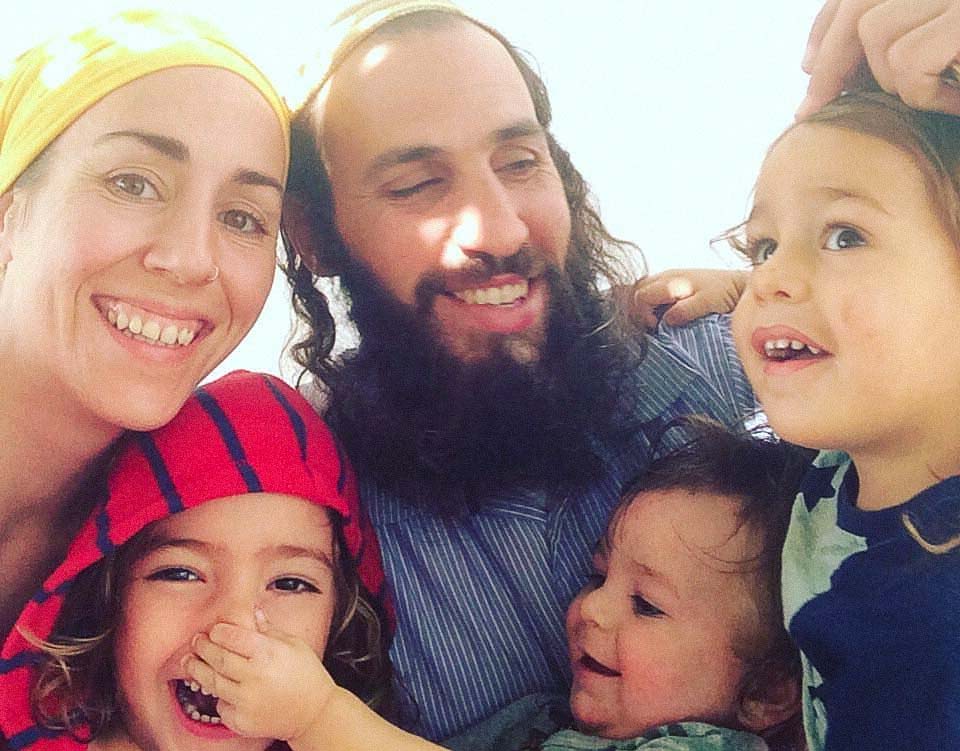