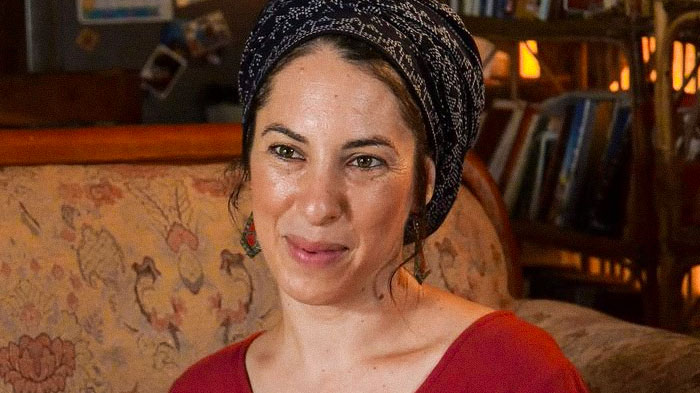 Shlomit Cohen started Gift of Nature Cosmetics after teaching a group of boys about natural herbs and plants that grow outside their home in Bat Ayin. After their mother's called Shlomit for more of the cream she had made with the youth group, she was encouraged to start her business.

The Past and the Present Come Together in Gush Etzion: The Story of Shlomit Cohen & Gift of Nature Cosmetics

In light of all of the historical and present treasures that Israel has to offer, traveling through the area of Judea known as Gush Etzion (Eztion Block in English) is nothing short of mesmerizing. The Gush Etzion region, snugly nested within the Judean hills, is an area that starts approximately 20 kilometers south of Jerusalem and extends to just north of Kiryat Arba and Hebron. All of the communities of Gush Etzion are located adjacent and connected to a road called Derech Avot (road of the fathers). This road, which still exists, gets its name from the fact that it is the road that all of the Jewish patriarchs traveled while they resided in Israel.

The Lev Haolam recently took a trip to Gush Etzion to visit Shlomit Cohen, a resident of the Bat Ayin community and a Lev Haolam supplier. The story of Gush Etzion and the Judean Mountains doesn’t stop with our forefathers, but continues to this very day. One of the latest chapters in the story of Judea can be found in the organic products that Shlomit Cohen produces and her personal experiences that made them possible.

Shlomit told us that she and her husband decided to raise their family in Bat Ayin because they felt that the community and the environment would be best for their family. During the interview, Shlomit pointed out that the area of Bat Ayin is an area that has been inhabited by our ancestors since the first generations of Jews. “We have in Bat Ayin, archaeological remains from 1000 years ago… remains of a Cohen’s house (a Jewish priest from biblical times). Our family name is Cohen and it’s so exciting that 200 meters from here there is an old house of a Cohen.”
For Shlomit, nature is not just a profession; it is an essential part of her life. Shlomit lives in a tent that her husband built, enclosed by the beautiful and open forest of Bat Ayin. She feels spiritually connected to the land and to the community. “It’s so important to live in Judea and Samaria because it is our home; it is the home of our Mothers and Fathers. It has been the Jewish home throughout the generations,” Shlomit said. About Bat Ayin in particular, she told us, “I found that it is a good place to raise my children and my family… I feel like a tree and my roots are here – this is my place to grow.”

Upon moving to Bat Ayin with her husband and falling in love with the community, Shlomit would often collect flowers and plants and learn everything there was to know about each one. She would also take the plants home and teach her kids about what she had learned. She continued to refine her interest in plants and flowers for many years. While taking care of her newborn children (whom she stayed at home with until each one was 3 years old), she decided to take lessons and more advanced courses about essential oils and natural remedies. In pursuing her interests, she also wanted what she learned to be something of interest to her children and something that she could share with them, as her father did with her when she was growing up.

It was after Shlomit and her family moved to Bat Ayin that a chance encounter created the impetus for Shlomit to start producing her own organic cosmetics. Shlomit recounts that about 11 years ago, her husband Tomer, who was running a survival training camp for the boys in their community, became sick and was unable to continue leading the camp. He asked Shlomit to take over the camp that day and to teach the kids something special. 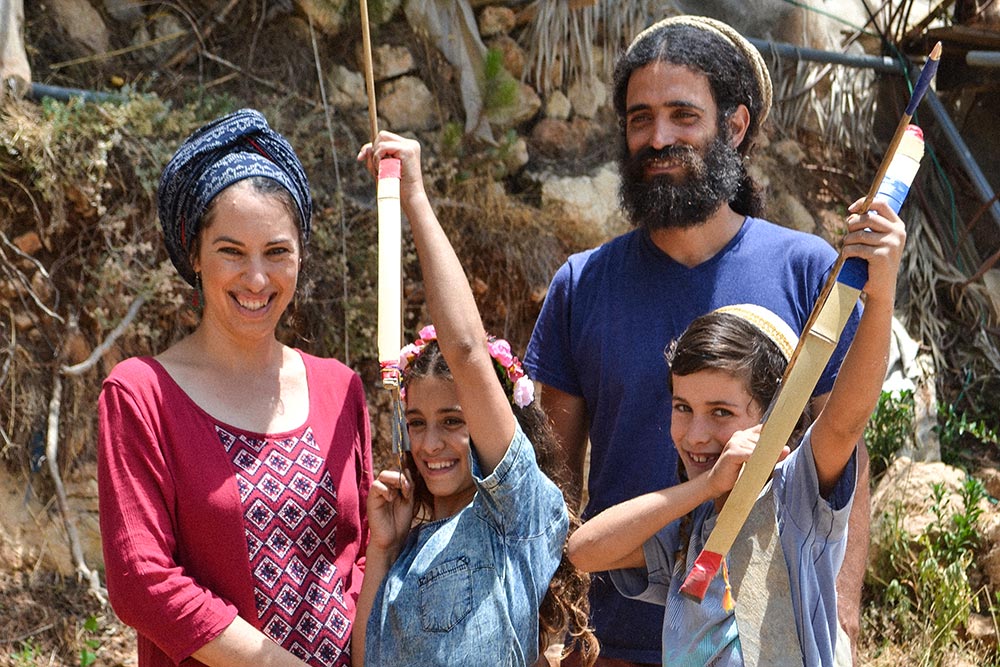 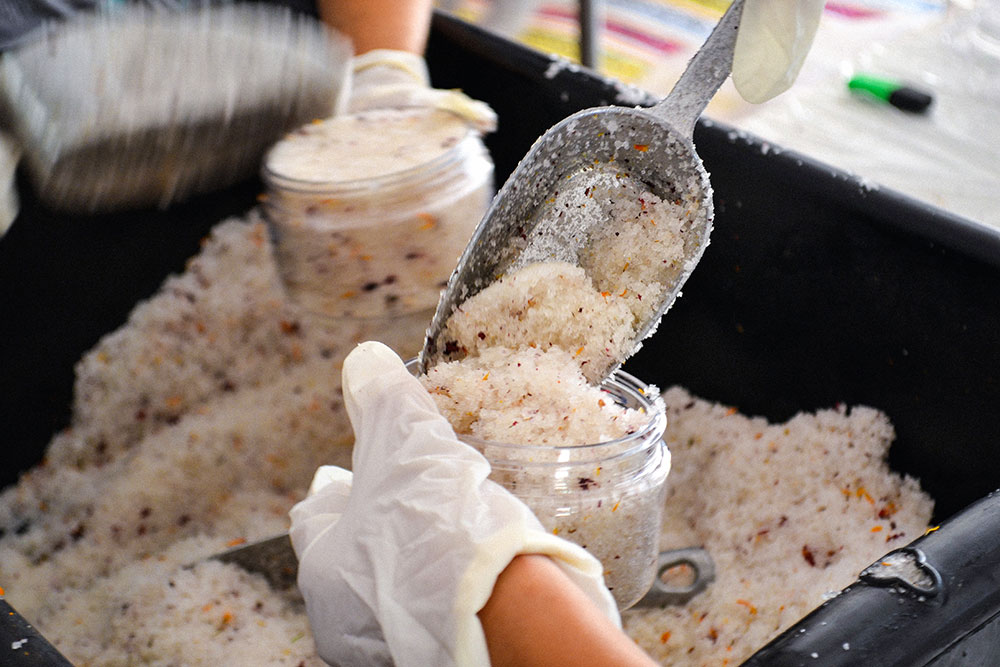 Shlomit took the opportunity to first teach the boys about a variety of plants and to then gather those plants with the boys. Together, they started a small fire, extracted nature’s remedies from the plants and created a cream to be used as a natural remedy. “All of the plants had remedies that were good for the skin,” Shlomit recalls. She wrote the cream’s remedies on the jars that the boys used to take the cream home. Within a couple days, Shlomit started to get calls from the mothers of the boys. They said, “We want to come and get some more of the cream from you, how much is it?” Shlomit responded, “I don’t have any, I just made some for the kids.” The parents encouraged her to produce the cream so that they could purchase more of it from her. They told her that her cream was magical – it cured many ailments that they couldn’t find cures for previously. Shlomit then began to make a career out of her passion.

A year or so ago, Shlomit made her first product for Lev HaOlam. Shlomit told us that she really believes in what she is doing and was so happy to learn that people as far as the US would be using products created in Bat Ayin and the surrounding countryside. She was excited that this would give people from around the world a way to connect with us. In addition, Shlomit mentioned several times how inspired she gets by the power of many people working together toward a common goal. 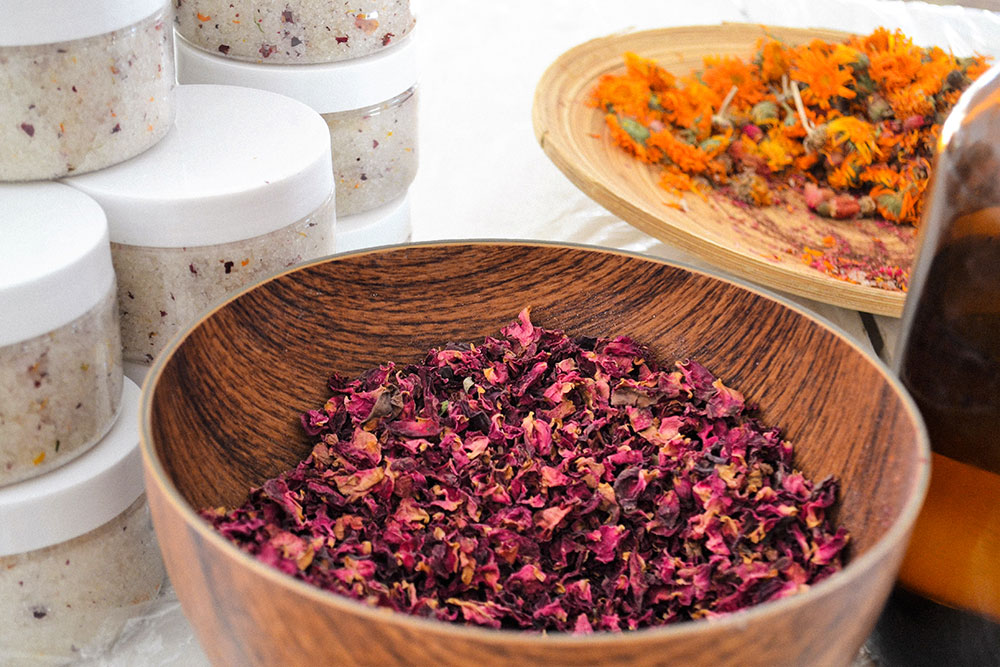 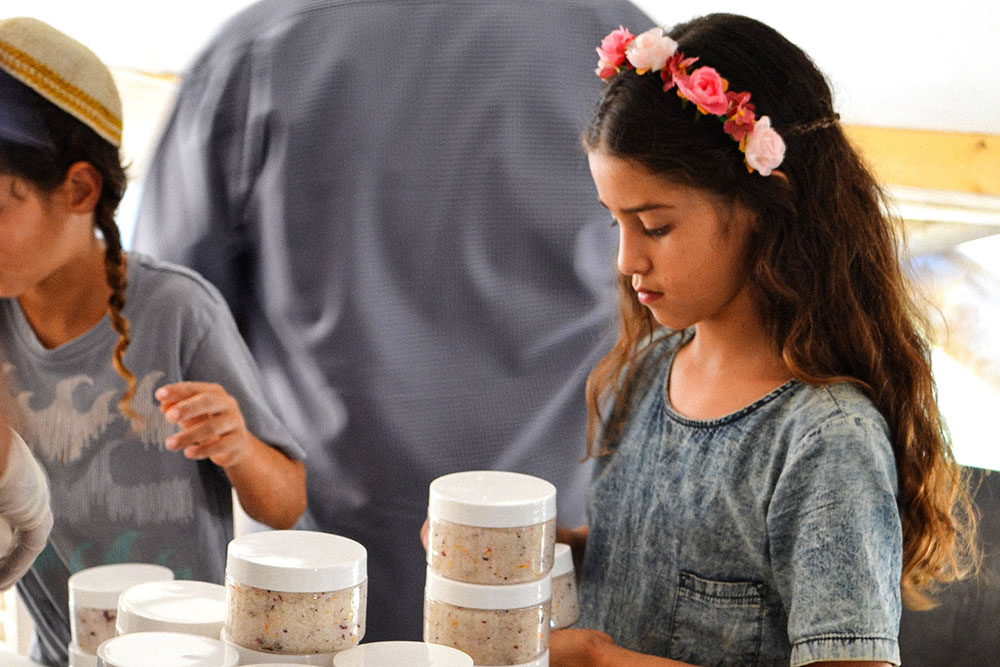 “This year, in addition to being thankful for large order of products from Lev HaOlam, from people across the world, Shlomit is also thankful that she will be able to spend more time with her children. In particular, she is thankful to be close to and to provide care for her five year old, who recently suffered from a rare foot disease that required him to undergo six surgeries to date. When Shlomit learned of her son’s ailment, she stopped her full time producing of organic cosmetic. She wanted to be with her son to help him through the first of what would be 6 surgeries. She also told us about how the cost of the procedure was exorbitant – something she couldn’t afford – and that the procedure would require her to fly to the United States to have it done. Upon finding out about the Cohen’s predicament, the community of Bat Ayin started an online fundraising campaign that managed to surpass the amount needed for the trip and the surgery. In addition to the love and support from the Bat Ayin community, the US doctor that was to perform the surgery on Shlomit’s son, upon hearing the Cohen families story, decided to fly to Israel and to perform the surgery here. For Shlomit, this was another example of what amazing things can be achieved when people from all over the world come together toward a common goal.

Before we left Shlomit’s house to head back home, Shlomit gave us a message to share with the Lev Haolam subscribers: “I want to thank God for all of you that are taking part in this great project. It is very important and it gives strength to all of us. And not just for me, but when I tell my friends about my work with Lev HaOlam, they get excited about the support that we are getting from all over the world. All the time, we see the television and hear the voices of those who oppose us, but I know all over the world there are so many people that love and support us. Thank you.”

Shlomit’s message was both simple and touching in a way that we hope resonates with all of you. Shlomit invites our subscribers to come and visit her; to see the beauty of Bat Ayin, to meet the people, and to experience the land. She wanted all of us to know that she feels that it is a big privilege to live in Bat Ayin and raise her children there. Shlomit wants to share her blessings with all of Israel’s supporters around the world.

Would you like to help support the families and small businesses of Judea and Samaria? Consider signing up for the Surprise Monthly Package Project today.